A few days before the installation of his traveling retrospective (currently on view at the University of Buffalo Galleries till Dec. 17th), Kim Jones, the celebrated performance artist, paid a visit to the Rail’s headquarters to talk about his life and work.

By the mid-1980s it had became apparent that the tradition of Modernist abstraction, a closed, self-referential system exemplified by Donald Judd and carried on through the sixties and seventies, had been infiltrated and subverted by artists—mainly painters. Wielding various sets of quotidian, impure references, they broadened the scope of aesthetic concerns beyond the formal, and, in the process, audiences for contemporary art. 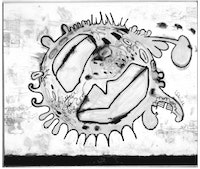 In the context of the contemporary art world, Nancy Princenthal describes the relation of words to images in terms of conflict or competition: “Words have won.” But is the relationship necessarily adversarial? 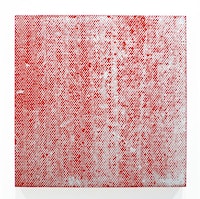