Be All That You Can Click ON!: Military Propaganda in the Information Age

The contemporary US Army—at least the one that was being marketed to American teenagers before September 11, 2001—has been selling a softer experience than the Army of yore.

The Passion of Michael Moore

I was nervous last week when I bought my ticket to Fahrenheit 9/11 at the mall in Oklahoma City. I didn’t know if someone was going to scrawl "traitor" in lamb’s blood on the theater door, or quote angry scripture verses at the screen.

The Cannibals of Empire: Indian-Hating in a Hollywood "Classic"

As a small tribe on the Canadian border that most European-Americans had forgotten or would have preferred to forget by the 1940s, the Abenakis were never the first choice of dime novelists or Hollywood producers looking for “Injuns” to populate their reactionary fables.

I met T Cooper for the first time in Santa Fe in late December. Sitting in a cozy café just a short distance from the galleries of Canyon Road, we chatted for a few hours over some mint tea and a very fine piece of toast. We talked about her fiction, her travels, and what it takes to make art under the current military-industrial regime. 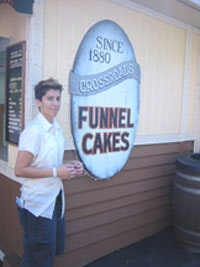 In his exegesis Never Mind the Pollacks, Dr. Neal Pollack, a young bounder of note, has produced an earnestly researched account of certain aspects of American popular music. In particular, he shines the flickering lantern of his wit upon the genre sometimes known as "rock," which I believe remains of some interest to a number of pre-geriatrics. 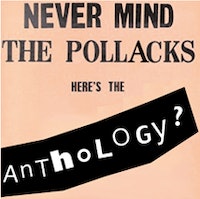 This splendid edited volume will hold great interest for scholars seeking a serious treatment of a provocative subject along the lines of Van Daniken’s classic Chariots of the Gods. In a mere 874 pages, which include several remarkable fold-out illustrations, twelve leading academics come together to explore one of the modern period’s most unheralded psycho-culinary practices.

Waltzing With the Ghost of Tom Joad

In the past decade, the various outlets of the mass media have reminded Americans at every turn about how we are living in an unprecedented era of prosperity, unique in our nation’s history.

Melvin Thipplewhite is best known as the English guitarist responsible for classic rock anthems such as “(Talking About) My Peer Group and Other People Roughly My Age,” “(He’s a) Pac-Man Genius,” and “Fool Me Again? I Don’t Think So!” Now the legendary musician faces prison time for pleasurably exposing himself to Norwegian tourists in Westminster Abbey.

One of Canada’s most distinguished documentary filmmakers, Alanis Obomsawin has made 20 powerful films on the lives and political struggles of Aboriginal people in North America. Born into the Abenaki Nation in New Hampshire in 1932, Obomsawin began her career as a singer, writer, and storyteller until being hired as a National Film Board (NFB) consultant in 1967. In 1971, she seized an opportunity to direct her first film, Christmas at Moose Factory, a study of life in a small Northern settlement that was based on children’s drawings

Floating With Leni: A Play In One Act

Introduction A decade ago, the publication of the memoirs of Leni Riefenstahl (1902-) sparked controversy and criticism.

Spank gazed out the window and stared at the mountains dusted with early snow. A thousand black lines squiggled through the whiteness like make-up cracking on an old face. It was like they were intended for air-born travelers, for whom they made beautiful patterns and abstract outlines, like ancient Nazca spiders etched into the Peruvian soil of the altaplana. 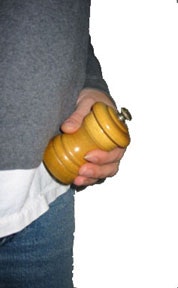