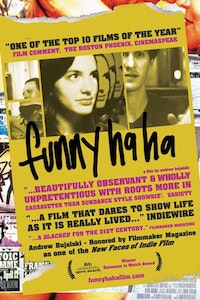 A whiskered man guides a lumbering ox along the banks of a river as two women in wide bonnets wade across, carrying parakeet cages high over their heads; the birds twitter and flit, the ox makes placid, amiable ox-noises, the flaps of covered wagons snap in the breeze.

1. We begin in a Tokyo barroom—maybe a little tacky but amiable enough, familiar enough, with its Toulouse-Lautrec posters and youthful customers sipping neon cocktails.

Musical Realism: Matt Porterfield’s I Used to Be Darker

The best narrative fiction films have at their center the war between two necessary and contradictory impulses: the impulse to observe and the impulse to declaim.

Tsai Ming-liang has recently written that he is “tired of cinema”—specifically, of making “the kinds of films that expect the patronage of cinema audiences.”1 Whether he will retire from filmmaking altogether is still unclear (he was going to, apparently, but then made another film), but on the evidence of his first feature Rebels of the Neon God, he has been tired of cinema from the get-go, or at least the kind of cinema that attempts to excite us with strenuously subjective “storytelling.”

You’d be hard-pressed to find a contemporary filmmaker more searching or mercurial than Claire Denis; her films aren’t unclassifiable, exactly, but they inevitably frustrate attempts at description that favor story, character, or identity politics. 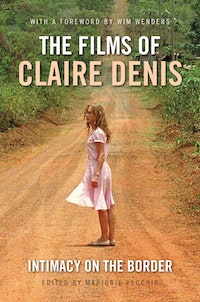 You’ve seen this story a hundred times. Unstable Woman sleeps with Insouciant Man; his attempt at polite post-coital rebuff goes unheeded (you can tell it will because of the way she looks at him, all goony and unblinking, while he’s trying to let her down easy); she shows up at his job and he says ‘what are you doing here?’; her attentions become increasingly invasive, upending his professional life and

Beginning with The Stolen Man (2007) the Argentinian-born director Matías Piñeiro has made films that I can only describe as tantalizingly in-between—in between classical elegance and avant-garde jaggedness, workshop and finished product. 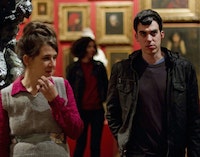 Spanish director José Luis Guerín is one of contemporary cinema’s foremost practitioners of the documentary/fiction hybrid; and Anthology Film Archive’s near-complete retrospective of his films is ideal relief from the ugly campaign pageantry glutting the dog days of our absurd American summer.

I often find myself defending my affection for Whit Stillman’s films to a certain kind of youngish film cognoscente who argues that: a) Stillman’s work is unable to transcend the limitations of the chattering preppy class it both celebrates and anatomizes; b) this chosen milieu is in the first place politically irresponsible, especially since he doesn’t subject his characters to some kind of Buñuelian smackdown; and c) his conservative sensibility is reflected in a “flat” visual style that prizes talk over, well, visuals.

From the moment David Cronenberg’s Cosmopolis begins, when young tycoon Eric Packer (played by Robert Pattinson) tells his head of security that he wants a haircut and slides into his state-of-the-art car despite warnings of monumental traffic snarls and probable attempts on his life, we know, skeletally speaking, what we’re going to see.

Her Eternity
On Terence Davies’s A Quiet Passion

Until now, the British filmmaker Terence Davies has always been his own best subject. His first early short films and the subsequent features—Distant Voices, Still Lives, and The Long Day Closes—invented a new kind of cinematic memoir, rendering his rough working-class childhood in Liverpool through a series of complex, formally elegant tableaux and tracking shots.