Once a consummate insider, the former diplomat is now a trenchant critic of the establishment.

A pregnant silence permeated the Great Hall of Cooper Union as the audience anxiously awaited the guest of honor. The auditorium was packed to capacity, filled with people from all walks of life. They had come together for one purpose: to spend an entertaining night with one of the most brash, fiery, charismatic and colorful leaders in recent times.

Nikolas Kozloff, author of Hugo Chavez: Oil, Politics, and the Challenge to the U.S. (Palgrave, 2006), recently sat down with Aram Aharonian, the Director of Telesur, a satellite news station run by the governments of Venezuela, Uruguay, Argentina and Cuba.

"Right now South America is trying to recover from the social catastrophe of the past twenty years and sees China as a convenient market for its raw resources." 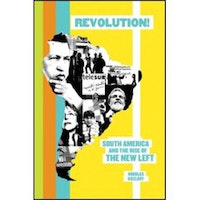 Nikolas Kozloff, author of Hugo Chavez: Oil, Politics, and the Challenge to the U.S. (St. Martin's Press, 2006), recently sat down with Steve Stein, a leading expert on Peruvian history and author of Populism in Peru (1982), a classic in the field. 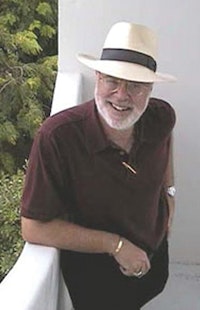 Recently, Nikolas Kozloff, author of Hugo Chavez: Oil, Politics, and the Challenge to the U.S. (St. Martin’s Press, 2006), sat down with Paulo Fontes, a Brazilian and visiting professor at the Program in Latin American Studies at Princeton University. Kozloff is currently working on another book, South America’s New Direction (also with St. Martin’s Press), about the geopolitical realignment in South America and its implications for the U.S. Fontes, a native of Sao Paulo, is a labor historian who worked as a history teacher and researcher at the Cajamar Institute, a labor center in Sao Paulo during the late 80s and 90s. During the interview, Fontes touched on the current state of organized labor in Brazil, the role of social movements, race relations in Brazilian society, the relationship between President Lula and civil society, and U.S.-Brazilian relations.