Inside Lebanon: A Cold Civil War

The Christmas season was drab and lifeless this year in Beirut. Bombings continue to plague the city, fifteen in the last fifteen months, with the December 12th assassination of the anti-Syrian journalist and politician Gebran Tueni the most recent. The violence has spooked the population into caution and political pessimism. 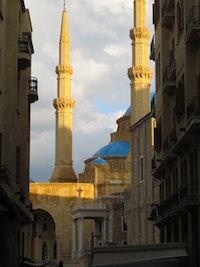