This fall, the results of research into the near-extinction of the human species conducted by the Sleepytime Gorilla Museum are expected to be made public. 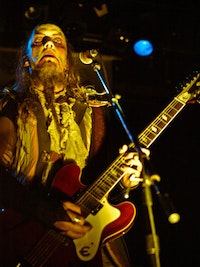 Roy Nathanson: THE GUY TO LOOK AT ON THE SUBWAY

On a Sunday night in July, saxophonist Roy Nathanson was speaking from what might be called the stage—actually more like the corner—of the basement room at the Sycamore Club, a small, friendly bar near his home in the Midwood section of Brooklyn.

Some Kinds of Love: THE VELVET UNDERGROUND IN THE TWENTY-FIRST CENTURY

Last summer, my childhood pal Eric asked me who my favorite rock band was. Growing up together in central Illinois, this was something we spent much time discussing—most dramatically at around the age of 10 when I changed mine from Kiss to Aerosmith, causing a brief rift between us. But at least back in grade school I had an answer. Now I was at a loss. 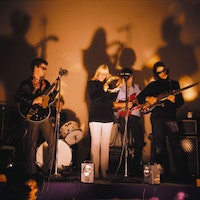 BERBER BANJOS AND GNAWA TOADS: Searching for the Sounds of Marrakech

There are certain things we expect of common spaces, reliable markers to help us move through the public sphere. If we’re at a shopping mall, we expect signs telling us where the exits are. 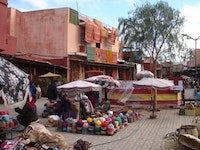 Never Felt So Much Alive

Ten years and 11 months passed between the Beatles’ famed final concert on the roof of the Apple Records building and the release of the Clash’s double album London Calling, the titular opening track of which found Joe Strummer rasping “phony Beatlemania has bitten the dust.”It’s a fool’s game to compare a band to the Beatles; on iconic standing alone no one else will measure up.

In Which Prince at Last Wins the Battle Against Evil, and Yet Y'all Still Make Fun of Him

I know Spooky Electric say, till my dying day, but Lovesexy is the one, till my day is done. Let me hear the choir sing: Hundalasiliah! And if you weren’t among the chorus of amens just then, you are to be forgiven. It’s been a dark night. Many have strayed from the path. 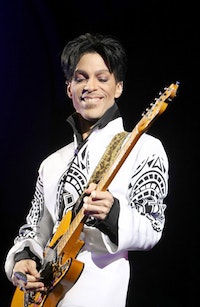 The used-record store in my college town knew to keep an eye out for one particular album for me. We all knew it was unlikely that this self-released record of lesbian folk-punk and sound collage would make its way from Texas to central Illinois, but if it did, they’d set it aside for me. 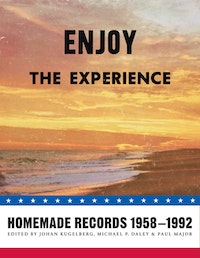 Let's Talk About Love: Why Other People Have Such Bad Taste

When Carl Wilson’s Let’s Talk About Love: A Journey to the End of Taste came out in 2007, it quickly became the most talked about volume in Bloomsbury Academic’s 33 1/3 series of short books about individual albums. 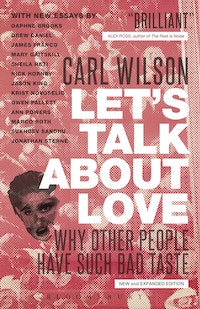 Two nights at the end of March served both to celebrate the 80th birthday of the composer Christian Wolff and to remind that connections to the New York School of composers—those responsible for some of the most radical and influential American music of the 20th century—are still very much with us.

“Funk is its own reward,” George Clinton announced in an authoritative baritone on the opening track to his album The Clones of Dr. Funkenstein. It was a promise of fulfillment through music, immediately followed by a foreboding request: “May I frighten you?”

The art room at Springfield High School (Springfield, Illinois) circa 1983 was a safe zone within the scheduled days and regulated mobility of public school life, at least for a young art-punk wannabe.

John Coltrane’s Live in Japan 4-disc set was released in 1991. Fresh out of college, I was diving with abandon into the excitement of free jazz, and the recordings from Coltrane’s 1966 Japanese tour were more of a treasure trove than I could have hoped for. Compact discs weren’t new, but they were new enough to me that the thick, plastic, double-hinged jewel box was a chest of gold.

Naming things rarely leads to much good. Consider, for example, HAL, the homicidal computer in 2001: A Space Odyssey. Would it have been able to take over the mission if it didn’t have a name? Clearly not. 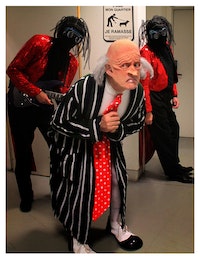 The Deep Strangenesses of the Fiery Furnaces

Saying the album is over is so over—these days, it’s the song itself that’s played out. Artists used to present two twenty-minute arcs, one per side; with the CD, they were responsible for an uninterrupted hour. But the move in the market from the album to individual song downloads killed all that off, and now a song won’t pass muster unless it will fit in a thirty-second ad spot: Witness Royksopp’s “Remind Me,” a Geico commercial hit.

Kevin Barnes Settles Down—or Does He?

There’s a cruel condition often placed on pop stars, that they have to be unhappy to write good songs. They get off drugs, they get married, and they lose their edge—it’s a heavy burden to put on an icon. 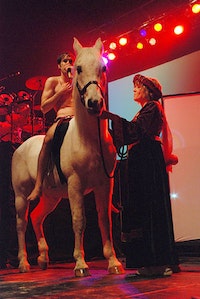 Classical music in the 20th century could be said to have been about tearing apart its past. Long before rock started breaking its own rules, composers of orchestral and chamber music were disposing of such conventions as key, assigned tempo, and even the notion of playing parts together and in sequence. 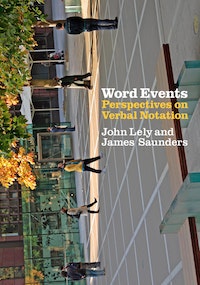 Punk was theater well before Green Day hit Broadway. Spotty teens in London dressed like warriors and put on a show while yelling for revolution. Growing up in Central Illinois, a third of a world away and a few years after the punk explosion, those guitars of rebellion were everything to me. I was avidly buying new wave, 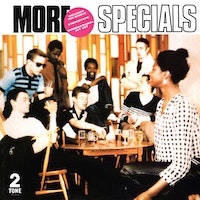 Downtown Chicago is quiet on the weekends, but the three hundred–seat theater in the Cultural Center was comfortably filled on a cold Sunday afternoon in early November, where experimental music fans and curious listeners assembled for a free performance by sound sculptor Olivia Block and instrument maker Hal Rammel.