January 15 was the first night of AMPLIFY 2013: rotation, a two-night festival organized by ISSUE Project Room and Jon Abbey of Erstwhile Records. 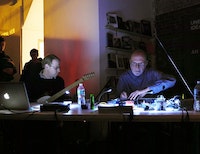 Lonnie Holley’s Past, Present, and Future

The Blues for Smoke exhibition at the Whitney Museum paints the blues aesthetic with an ever-expanding palette. That is to say, there are a lot of references you’d expect, and quite a few that challenge preconceived notions.

TEN YEARS OF DUST-TO-DIGITAL: The Ongoing Mission of Moses Asch

In his lifetime, Moses Asch devoted himself to documenting what he called “people’s music.” Asch churned out dozens of releases each year on his label, Folkways Records, covering marginalized sounds from every corner of the globe. 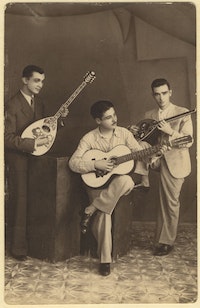 The third annual Spy Fest, organized by Brooklyn’s intrepid Northern Spy record label, took place over the weekend of September 6–8. Northern Spy was founded in 2010 by Tom Abbs and Adam Downey, each of whom spent years working at ESP-Disk. 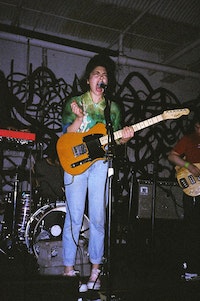 Jandek has long been willfully shrouded in an aura of mystery, but recent events suggest we may have reached a crucial turning point as the artist approaches the autumn of his career. 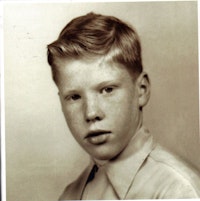 About folk guitarist William Tyler, a notable musician within the "revival of American primitivism in the post-Fahey landscape." 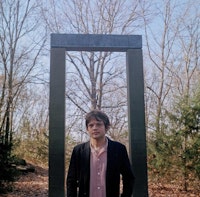 A thoughtful, discerning, and carefully compiled list of the most notable, promising and unique musical events for the months of December and January in New York City.

Having closely followed all forms and manifestations of Alan Bishop’s output for the last ten years, his solo Alvarius B. performances are some of the most exciting dates on the calendar.

A thoughtful, discerning, and carefully compiled list of the most notable, promising and unique musical events for the month of May in New York City.

A thoughtful, discerning, and carefully compiled list of the most notable, promising and unique musical events for the month of June in New York City.

A thoughtful, discerning, and carefully compiled list of the most notable, promising and unique musical events for the summer in New York City.

A thoughtful, discerning, and carefully compiled list of the most notable, promising and unique musical events for the month of September in New York City.

A thoughtful, discerning, and carefully compiled list of the most notable, promising and unique musical events for the month of October in New York City.

In his review of Bob Dylan’s divisive 1970 album Self Portrait, Rolling Stone critic Greil Marcus famously quipped, “What is this shit?” Marcus was not alone with his vitriol—Self Portrait went on to be one of Dylan’s most poorly received albums, at least by critics. 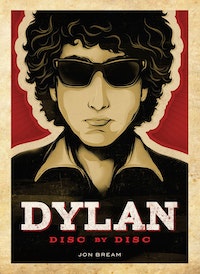 On her third release for Kye Records, Vanessa Rossetto has broken through with a fascinating tapestry of interwoven, abstracted field recordings. 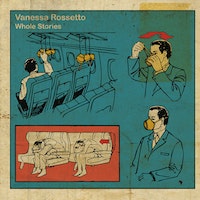 With Thrill Jockey, Fohr has been afforded resources that have opened her up to larger opportunities. “Up until this album, I’ve been one person trying to do everything,” Fohr tells me. “It feels like a huge step forward.”

On the evening of March 7, Charlemagne Palestine approached the massive Aeolian-Skinner organ at Plymouth Church in Brooklyn Heights with dogged determination and a childlike sense of wonder. A soft drone was reverberating throughout the airy room even before Palestine took his seat. 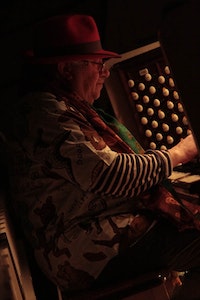 The Hired Hands: A Tribute to Bruce Langhorne

The Hired Hand is rich in symbolism, often engages in experimental camera work, and moves at a deliberate pace. All of these elements are stitched together by a gorgeous film score by Bruce Langhorne.

I can’t even begin to estimate how many hours I’ve spent daydreaming to the music of Portland, Maine’s Big Blood. The band’s music is hard to describe.