If the Internet brought us to the Age of Information, social networking sites like Facebook and MySpace have ushered in a new era altogether, one that trades in data for documentation.

NONFICTION
Snapshots of the Artist

In An Emergency in Slow Motion (Bloomsbury, 2011), William Todd Schultz performs a paradox. He eschews the typical biography and in doing so, illuminates his nebulous subject better than any biographer before him.

“I have never owned a camera and I never snap photos …” So goes the first line of Judith Kitchen’s quasi-photo collage, Half in Shade: one part memoir, one part speculative sketch, all parts autobiographical.

Versions and (Per)Versions or: Get Rich or Die Tryin'

Larissa Shmailo’s #specialcharacters is both product and response to the Millenial generation, the effects of capitalism on the artist and individual, and our post-Internet culture. But Shmailo’s use of language—the way each line of each poem and each word of each line and each syllable of each word opens doors to her collection’s other poems, and other lines, and other words with, yes, other syllables—has its roots in a movement much closer to the Cold War Kids, poets like Bruce Andrews and Charles Bernstein, who edited the L=A=N=G=U=A=G=E publication from 1978 to 1981

Evanston-based international poetry journal RHINO turns forty this month, and co-founder Ralph Hamilton’s recent collection, Teaching a Man to Unstick His Tail (Sibling Rivalry Press, 2015) is as much about endurance as it is about reconsidering the elegy. Hamilton’s version suggests that loss is not always tragic, and this intermeshing between possession and absence drives the work toward a question that curtails itself through its own arrangement: “what would we say if / we had something / to say? A storm.”

In the Name of the Father, & the Son

Kevin Carey is a storyteller. He tells stories, he organizes them in verse, sometimes in couplets, other times without stanza breaks, without rhyme or an attention to meter. The story—“something human”—is what takes precedence and in an age where being cool, detached, ironic, and, oddly enough, intentionally arcane is the mode de vie, Carey’s new collection, Jesus Was A Homeboy, comes off as refreshingly warm and insightful, revealing snapshots of the poet’s life and reveling in the photo album’s re-framing 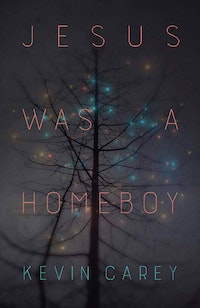 “No one is too beautiful for the ugly journal,” Stacy Szymaszek writes sometime between January 17 and February 15, 2013, as collected in her Journal of Ugly Sites & Other Journals (Fence Books, 2016)

“The film begins,” And Then (Black Sparrow, 2017) begins, but it doesn’t take readers long to forget we are reading a summarized account of actors acting; a transcription of a script in place of the opening pages of a novel, or a novel so concerned with the detritus of past love, death, and desire it can only be told through the lens of cinema. After all, memory and film both offer us the same fractured, shifting projection. Donald Breckenridge’s fourth novel weaves in and out of frames without ever lacking clarity—a roll of film replaced and inserted in quick, immediate accounts—it only makes sense that And Then begins on someone else’s story. 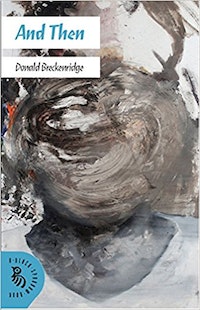 God in the Machine 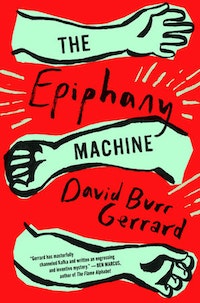 Je Suis L’Autre: I am the other,” a riff on Rimbaud’s perversion or poetic re-vision, Je est un autre, “I is some- one else,” which Lacan, in turn, took up to recognize 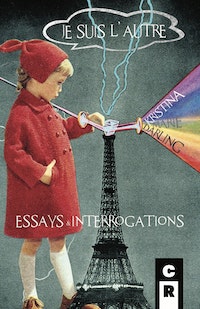 The Disappearing Acts of Refuse

How far do we look back when we see how far we’ve come? How far is too far, or is it ever far enough? And how long must we continue to look, if only to look at ourselves the way we would wish to be looked by others? Julian Randall’s debut collection, Refuse (University of Pittsburgh Press), is both the abnegation and elegy of its title, but it is also an avowal: an unabashed testament to existence, to being alive, to survival in the face of a world that would wish to ignore you, reduce you, or stamp you out. 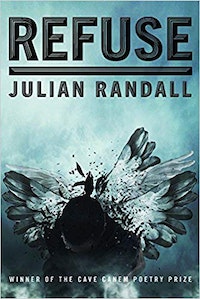 A Life Not Fit to Form: The Restoration of Unnamable Joy

Is a play still a play if it’s not performed? More than anything else, the question of recognition drives Christopher Castellani’s novel, Leading Men (Viking, 2019), a book that re-envisions a Portofino summer evening in 1953, and everything else that spins out from an encounter involving writers and actors and artists, including Tennessee Williams, Truman Capote, John Horne Burns, and one man so unabashedly sincere—Frank Merlo—he could never play anyone but himself. 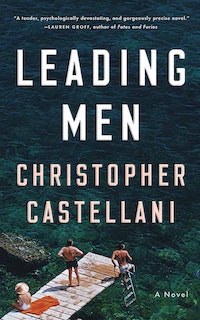 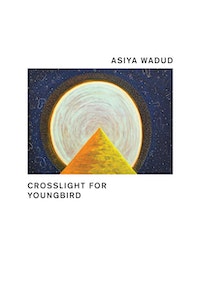 The Politics of Language, In & Of Translation

At a moment where the freedom of movement is no longer a human right, time itself expands, unless it dissolves, becomes measureless; waiting becomes a way of life. 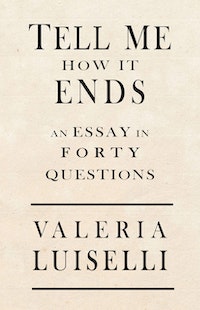 Soong's staging of pre-arrival: Near At, and the scene of the crash

In language that is lyrical and dense, stuttering and elegant, playful and probing, Soong joins a coterie of writers as expansive as her first collection, Near, At. 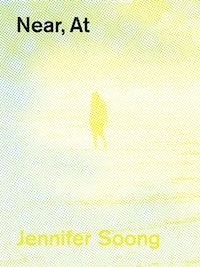 MEA CUBA
On Exile and Excess

The history of Cuba is a history of exile, from the eradication of the indigenous neo-Taíno and Guanahatabey population in the 1500s to the forced departure of nonconformists by the Castro government in the second half of the 20th century. “To be Cuban,” José Lezama Lima once said, “is to already feel foreign.”

The Barely-There Before or: Paradise Lost (& Found)

The experience of reading Among the Dead and Dreaming is not unlike watching a soap opera, or a slasher film, or a Greek tragedy, or even a car crash; a catastrophic collision on the interstate where bodies and objects evacuate and disperse and hang for a moment, or half a page, and ultimately fall, which is actually the novel’s entry point, the vehicle that sets this polyphonic operatic tragic romance or romantic tragedy in action. 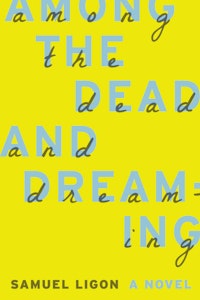 Julie Choffel and Michelle Naka Pierce, both recipients of this year’s Poets Out Loud award, imbue their work with binaries of meaning, multi-perspective angles, a dissonance of language, and an inherent human longing that is akin to people talking separately at the same time­­­­—each of us missing the texture.

In the winter of 1912, when Ezra Pound, Hilda Doolittle, and Richard Aldington initiated their Imagist movement in Poetry Review, one of their chief objectives was to make every object equal. It was sensation via simplicity, direct treatment of the “thing”—whatever that thing might be.

The Idea is Read About Rather Than Looked At

Chris Hosea’s Double Zero (Prelude, 2016) eludes the conventions of language and generic markers and alludes to pop and personal experience with an intensity and a haste that makes repeated readings a requirement, not a suggestion. Pay attention, Hosea seems to be saying, as he ricochets words off one another with no regard to syntax or narrative construction. It’s going to be worth it. 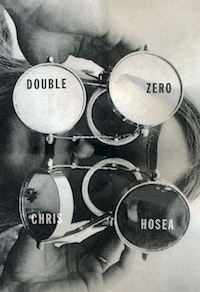 A Suspended G(l)aze: On Errancy & Arrivals in Camp Marmalade

What is the line between distraction and concentration, and where does each converge? 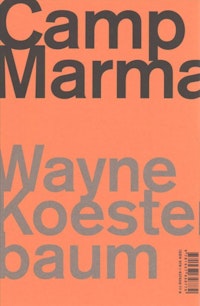 Queering the archive means seeking alternate sources of evidence; it means focusing on undermining the heteronormative, racialized, cultural, and state processes that have only produced exclusion, under the auspices of forming a “national identity.” Queering the archive means to call into question all origin narratives, and all identity premised on nation–building. It means axing ownership; it means owning up to our failure to do without. In short, it means survival, particularly in the face of a culture and a history that has done its best to dis–member you. 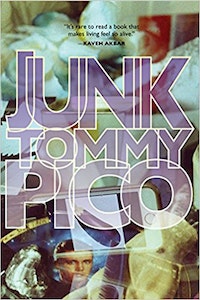 Eyes Without a Face: Christine Hume and Jeff Clark’s Question Like A Face

The first time I read Question Like A Face I mistakenly omitted the “like” in its title. 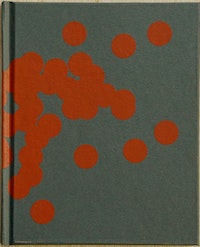 It's All in Your Head

Brian Evenson’s Windeye begins with the collection’s eponymous story, a tale that moves from the innocence of childhood imagination to the stark realities of a very adult mental illness.

If one purpose or promise of poetry is the reinvention of myth then we need to start by rethinking our own origin stories, the names we use and the ways we are represented and the ways in which we represent our community. 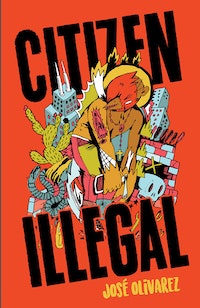