Fiction: The Politics of the Afterlife

Joshua Cohen with drawings by Michael Hafftka, A Heaven of Others (Starcherone, 2008) Richard Pryor used to tell a joke about the night he came to in an ambulance after a cocaine binge-induced heart attack. Surrounded by white medics, his first frantic thought was, “Shit! They sent me to the wrong heaven!” This idea that there are multiple heavens, right ones and wrong ones, white ones and black ones, is pushed to its fantastical limits by Brooklyn writer Joshua Cohen in his dream-world novel of the afterlife. True to the author’s trademark style of high-wire breathlessness—some might say talkiness—A Heaven of Others may have the longest subtitle of any book in recent memory, even in these subtitle- happy times. 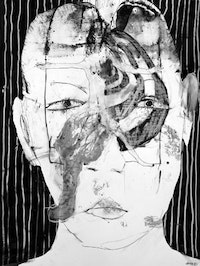 Brook, who is in his mid-20s, paints a picture of his generation in which the defining dichotomy is the sad choice between toil in saintly penury and pulling six-figures at some corporate monster.

Fiction: The One Who Got Away (With It)

Ned “Noogie” Krapczack is a classic Knipfel character—a shlubby film junkie who lives in Jersey City with his irascible mother and a cat named Dillinger. For years Noogie restocked ATM machines in and around New York City for PiggyBank Inc. without ever thinking twice about the cash he drove around and handled like so many peanuts.