The Present and Future of Engineers 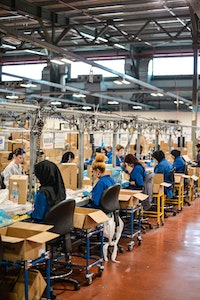 In 1976, the shop stewards at the British Lucas Aerospace Corporation published a document that would come to be known as “The Lucas Plan.” The company was planning to lay off a significant number of workers as part of a restructuring effort. Faced with the prospect of losing their livelihood, many of these workers banded together to propose an alternative: that the British government should intervene to prevent layoffs so that the workers could redeploy the productive assets of the company towards socially useful ends rather than military contracting.