It is a necessary book. This is first what I will say. It is flawed and of astonishing cultural significance and among the finest writing of her career. 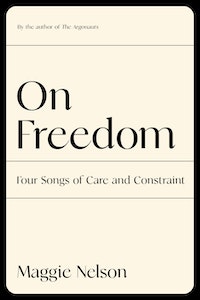 by Rene Ricard, translated from the Spanish by Lauren Stroh

Rene Ricard was a poet, artist, actor, and critic born in Boston in 1946. His books include 1979 – 1980, published by the DIA Art Foundation, God with Revolver published by Hanuman Books, Trusty Sarcophagus Company, published by Inanout Press, and Love Poems, published by CUZ Editions. His art reviews and essays were published by Art in America, Artforum, the Stedelijk Museum, the Whitney Museum of Art, Gagosian, and numerous other venues, and his paintings and drawings are represented by Vito Schnabel Gallery in New York and St Moritz. Ricard died in 2014 at the age of 67. His literary executor, Raymond Foye, is currently editing his Collected Writings.