A Guide to Eating and Walking

Manifestos, as I understand them, share the characteristics of maps that I propose here. They reflect the political contexts in which they are produced. And their raison d’être is to declare a movement’s intentions, aims, and proposals. They display their geography explicitly. At the same time, a manifesto can be devised as a tool to present escape routes from the system in which it was produced. Such is the case of “Manifesto Antropófago” by Oswald de Andrade, published in Portuguese in the 1928 inaugural issue of Revista de Antropofagia. 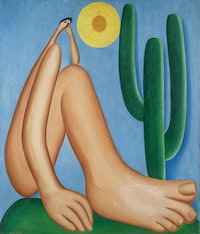