Fantasies of Secession: A Critique of Left Economic Nationalism

Over the past few years, financial power has become a political black hole, collapsing ideological space into itself. Common ideas on the left, right, and center trace confused and overlapping trajectories as they spiral towards it.

Dreams of National Capital: Market Socialism, Past and Present

The apparition of a general trade war stalks the global economic order. In the United States, it recently manifested itself in the debate over the issue of sanctions leveled against Chinese companies. Bernie Sanders, the unofficial standard bearer of neo-social democracy in the U.S., excoriated the Trump administration for walking back on sanctions against the telecommunications firm ZTE.

Endgame: Finance and the Close of the Market System

We live, as some have suggested, in an interregnum between a dying regime and some unknown successor. 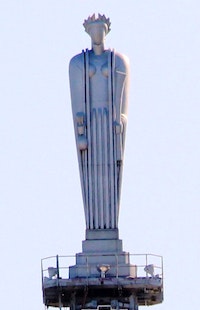 The Money Theory of the State

Kafka’s unfinished final novel, The Castle, can be read as a parable about the misrecognition of power.