To Daniel K. Isaac, The Chinese Lady Is About the History of Asians in America

TV and stage actor Daniel K. Isaac has performed in Lloyd Suh’s play multiple times, finding with each new production an increased relevance in its story of the first Chinese woman to set foot in America. 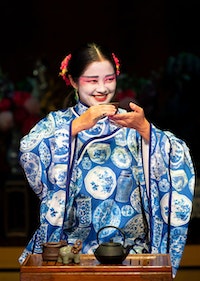 How to Make Ambitious Theater on a Budget, According to Clubbed Thumb’s Maria Striar

As Summerworks celebrates its 25th anniversary, Clubbed Thumb’s founder and producing artistic director looks back on its history that’s evolved from scrappy to sterling.

“Instead of call-out culture, we’re calling them in”

The Broadway Advocacy Coalition began in 2016 but, in light of continuous police brutality and calls for racial equity, has gained steam even as theaters are closed. Here, Diep Tran profiles the vital organization, speaking with two of its leaders about birthing a movement and shepherding it into transformative times.