Eric and Terri immersed themselves in a project to document the “walls of Santiago”—turning their expertise as interdisciplinary scholars of culture, politics, gender, literature, and history onto a political revolution playing out before them on the streets and walls of the city they were making home. 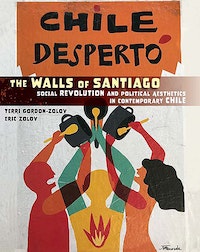