Over the past four years, I have occasionally used this space to argue that Donald Trump’s presidency did not, as many worried, represent the advent of fascism in the United States. Trump was uninterested in building a strong state, in preparing America for a dynamic imperialist part in world affairs, in harnessing patriotism and racism for the suppression of the working class in the interest of economic growth. Far from building a mass paramilitary force, he was content to inspire pathetic “militias”—all beer hall and no putsch—unable, for instance, even to kidnap the governor of Michigan.

A Past That Is Not Past

The histories these monuments commemorate are not a nuanced understanding of the past, but present the three figures uncomplicatedly as founders of the region. That founding, however, facilitated the near total displacement of the Esopus, a subtribe of the Lenape people; the enslavement of African Americans and the exploitation of their labor to expand the city; and the persecution of religious communities, among other atrocities the monuments implicitly condone.

White Fear and Safety in the Struggle for Housing Justice

Several years ago I was walking by myself on Schermerhorn Street in Brooklyn, New York. At this point downtown Brooklyn was not the chaotic cloud of cranes, dust, and empty skyscraping glass that it is today. Up ahead, I saw a man sitting atop the metal armrest of a bench, one foot planted on the bench’s seat, the other on the concrete. As I approached, I could see that he was staring directly at me and was tapping repeatedly at his wrist, which he had held out for me to see. The thing I remember most distinctly about this encounter was that I was scared.

Jason E. Smith’s Smart Machines and Service Work is being published this month as the fourth Field Notes book to be brought out by Reaktion Books in association with the Brooklyn Rail. Tony Smith, Professor of Philosophy at Iowa State University and author of Technology and Capital in the Age of Lean Production: A Marxian Critique of the “New Economy,” among many other books, took the occasion for a meeting of the Smiths. 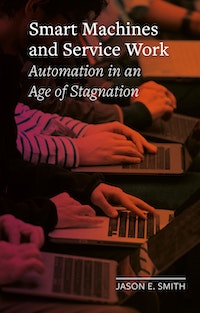 One thumbs in vain through this book for any mention of the people who are not hypothetical, who are struggling in small, desperate, sincere, and hopeful ways for a better world. On this big, beautiful, desperate, poor, devastated planet are there no social forces which meet Malm’s standards for the subject or agent of ecological revolution or ecological Leninism? 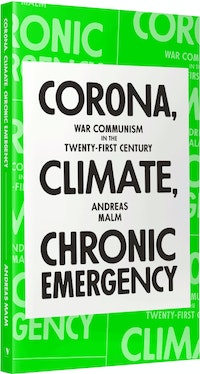 Jean-Louis Cohen is among today’s preeminent historians of modern architecture. Although he first specialized in the Soviet avant-garde, his interests grew to encompass the whole of international modernism. Cohen’s encyclopedic 2012 overview of The Future of Architecture since 1889: A Worldwide History, is as far-ranging a survey as anything written by Siegfried Giedion, Manfredo Tafuri, William Curtis, or Leonardo Benevolo. He has also organized a number of exhibitions on Le Corbusier, Ludwig Mies van der Rohe, and lesser-known architects like André Lurçat.

Paul Mattick’s article on the demise of deficit hawkishness in the October Field Notes stimulated the following letter of criticism, for which we are grateful, as we are for any public discussion of issues raised in the section.