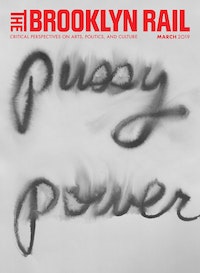 from Arabian Nights of 1934

Arabian Nights of 1934 is a journey through the counter-reality embodied in American movies of the early 1930s, leading up to the enforcement of the Production Code in July 1934. It distills a thousand and one nights of Depression-era movie-going—situations, images, cityscapes, jokes and retorts and frantic outbursts—into a streamlined parallel life, the stories bleeding into one another as they did in the minds of the viewers whom they helped sustain.

By ‘Linke Poot,’ translated from the German by Chris Godwin

A miner somewhere not long ago slaughtered a young child, sold the musculature as mutton, and some of it, to the horror of every mutton-eating reader, reached Berlin. A similar case has been known since ancient times, when it gave rise to the craziest tragedies. Now lots of mutton turns up in Berlin that actually is not.

By Eugène Sue, translated from the French by Robert Bononno

The farm to which Rodolphe led Fleur-de-Marie was located just outside and at the end of the village of Bouqueval, a small solitary parish, unnoticed, buried deep in the countryside, and roughly two leagues from Écouen. The carriage, following Rodolphe's directions, descended a steep road and entered a long avenue bordered with cherry and apple trees.

Neel Patel’s debut collection of stories, If You See me, Don’t Say Hi, is an extraordinary look into many kinds of Indian-American lives: particularly the thwarted dreams and frustrated desires of the young and semi-young. From failed med school exams to mental illness, Patel’s stories have a wide sweep—and a great eye for the complex, the ambiguous, the still-undefined.