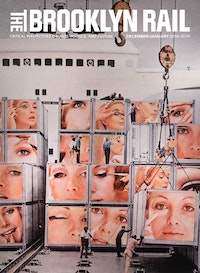 The Menil is a gem of a museum, known for its tightly curated collection of modern and contemporary art, Surrealism, African art, and ancient and indigenous art, spread over airy galleries designed by Renzo Piano. Founders John and Dominique de Menil built the collection on a belief that art could be something both sacred and modern, linking viewers to cultures across time by means of an inherent, shared poetry of form. So when the Menil announced a six month renovation in February to completely reconfigure and reinstall the galleries, displaying works that have never been exhibited, I was excited. The galleries are now hung with noticeably more works by women and people of color than they have been previously, a welcome change museums should strive toward, but it still doesn’t feel like enough.

The Menil is neither a contemporary nor a politically didactic museum, and the focus on the pleasure of looking is part of its charm—but when it still has African art set against a jungle-like backdrop and the biggest, light-filled galleries hung with modern masters like Barnett Newman and Rothko, it leaves you wanting more. While curator Michelle White has drawn together an admittedly exquisite selection of these artists—including a small, burnished emerald-blue 1967 Rothko on paper and Newman’s gorgeously underpainted and textured, sapphire-purple Ulysses (1952)—their prominence in the reinstallation, alongside other expected masters, emphasizes the buttoned-up, classical sublime the Menil is known for. I love the Menil, but I wish the curators would have done more in rethinking and diversifying the reinstallation, making a great museum relevant.

The de Menils were admirable advocates of various civil rights efforts during their time, supporting projects like The Deluxe Show in 1971 (one of the first integrated exhibitions of contemporary artists in the United States), and the extensive research archive The Image of the Black in Western Art begun in the 1960s. When Dominique de Menil died in 1997, she left no strict rules for the museum, wanting it to continue as an intimate space for art that changed with the times. By and large, the museum has preserved the de Menils’s vision—but maybe its ideals need updating.

In the foyer now is Frank Bowling’s Middle Passage (1970), a knockout painting with a hot pink center swirled by green. Poignant photo silkscreens of young black children and Bowling’s mother’s general store in Guyana are laid over a tracing of the South American continent. Turning right, you’ll come across the Menil’s excellent Surrealism collection, organized mostly by artist rooms. Highlights include Ernst’s smoky, scumbled graphite drawings of contorted birdmen and three small, loaded Roberto Matta paintings that hold a corner in another gallery. We Come Flying to Give to the Earth that Which is the Flower of Man (1951) is a violent smear of shadows, blurring around what looks like a webbed, green-white wing pulling itself apart. Adjacent to these rooms and behind a dramatic curtain, though, is Witnesses to a Surrealist Vision, a chaotic cabinet of curiosities of indigenous masks, sculpture, and curios curated by anthropologist Edmund Carpenter in 1999.

The installation looks like a dimly lit wax museum. Masks from Papua New Guinea are crammed on the wall like trophies from a hunt. An early twentieth century Hopi kachina doll is painted with graphic zig-zags that run down its chest and a striped and chevron-patterned kilt—and reflects endlessly in a lit, mirrored alcove reminiscent of an arcade prize display. Burred sea creatures twist violently on a minimal, Papua New Guinea bark cloth, which is hung lopsided like a dorm room flag. Stunning objects of formal beauty once used in everyday life are on view in Witnesses, unfortunately brandished as totemic, exotic things. An expert on tribal art, Carpenter once journeyed to remote areas in indigenous Papua with Adelaide de Menil in 1969 to document its culture, noting that the peoples had no familiarity with writing, cameras, or radios. The pamphlet describing this cabinet refers to these objects as vestiges of “primitive cultures,” which reinforces the mentality of colonialism. It’s a shame that another angle of appreciation could not be brought forward.

Arts of Africa and the Pacific Islands in the Menil Collection. Photo: Don Glentzner.

By some contrast, the Menil’s Arts of Africa and the Pacific Islands galleries, curated by Paul R. Davis, are ethereal and evocative; sculpture is considerately spaced out and given ample natural light. High on a wall hangs the Dogon peoples’ Door or Shutter for Granary (late 19th – 20th century), two pairs of mounds—eyes, breasts or some rotund body—emerging out of flat, carved down wood panels. In another gallery, the Nalu peoples’ Headdress Representing a Serpent (Mbanchong) (19th – 20th century) bends majestically, bowing its neck toward us while snapping its head back. The serpent’s sleek body is offset by graphic triangles that join into bulging rhombuses, and a raised rib runs along its back. Still, it is difficult to look at these artworks without being distracted by the atrium garden of banana trees, fishtail palms, and monkey grass. The gardens recall the de Menil’s 1950 Philip Johnson house (which itself references domestic Latin American architecture) and curator Jermayne MacAgy’s 1959, de Menil-sponsored Totems Not Taboo exhibition at the Museum of Fine Arts, Houston—wherein tropical plants spilled over African sculptures that stood like sentinels. At the Menil, solemn, regal works of African art seem to peek out of greenery as if waiting to be discovered and put in cabinets. The context is retrograde—the gardens on their own are delightful; it would be interesting to see a Calder in here.

Elsewhere, the Menil exhibits antiquities thoughtfully. In another gallery, exhibition designer Brooke Stroud has recessed Paleolithic and Geometric Greek sculptures into alcoves of varying heights, with soft light shining from above. Fragment Depicting Reindeer (15,000 – 9,000 BCE) is a pre-language shard brimming with life; several loosely incised lines intimate the muscular flow of tense haunches and there’s a gleam in the reindeer’s eye, nicked into bone. Votive Figurine or Pendant of a Fawn with Chain (8th – 7th century BCE) is an absolute marvel, with its sinewy, lanky figure, branded with small, concentric circles. One wonders why the African art is not shown with such obvious veneration?

With the reinstallation, the Menil has also created a new “Contemporary Focus” gallery dedicated to living artists. Michelle White has inaugurated the space with a Leslie Hewitt exhibition. Where Paths Meet, Turn Away, Then Align Again (Distilled moment from over 72 hours of viewing the civil rights era archive at the Menil Collection in Houston, Texas) (2012) consists of two small, square photolithographs—you could hold them in front of your face—of the back of a man’s shoulder and a black woman’s head, grainy and excessively zoomed in.

Leslie Hewitt, Where Paths Meet, Turn Away, Then Align Again (Distilled moment from over 72 hours of viewing the civil rights era archive at the Menil Collection in Houston, Texas), 2012. Photo: Paul Hester.

Black hair becomes a static blur that blends into a furtive, inky abstraction; there’s a solace to these shadowy images, something old and nostalgic about their history. But you also get the uncomfortable feeling that black people are being watched and surveilled—integrated, but still under suspicion. The photolithographs are accompanied by Where Paths Meet, Turn Away, Then Align Again (2013), four cool white, planar steel sculptures that fold the same size sheet into varying configurations—proposing different perspectives and architectures for thinking about Black representation.

Sonia Gechtoff, Untitled, 1956 – 1957. Graphite on paper mounted on board. 61 x 40 inches. The Menil Collection, Houston, Gift of the artist in the memory of Walter Hopps. © Menil Foundation, Inc.

In the Abstract Expressionism galleries, one particular drawing by Sonia Gechtoff stopped me in my tracks. Untitled (1956 – 1957) descends in quick bristles of graphite on butcher paper. There’s a sneaky precision to Gechtoff’s fluid, gross scribble—the form in the drawing appears draped, like a pelt, a patch of body hair or a slumped scarecrow. And yet, you almost want to run your hand through it. That one drawing’s unexpected energy, along with a sparkling, toothy 1950 Jeanne Reynal mosaic, are enthralling; their language understood but still new. My excitement fizzled as I walked into the next gallery, full of Rothkos and Newmans. It’s clear that they made important, beautiful work—but ending up in that gallery of modern masters felt preordained and staid—these are the artists our museums have told us to respect. I sucked in a breath of air, involuntarily. I understand the curators’ need to follow the de Menils’ mission and exhibit the collection’s best works. But when a reinstallation does not make room for underrepresented artists to be in those big, light-filled galleries, the institution seems to affirm the coda of art history, that the top spot on the podium, is reserved for cisgendered white men.

I’m hoping the curators at the Menil do not completely believe that. There are moments where they bring in new artists and create new histories with the same quiet revelation the museum is known for. In the last, largest contemporary gallery, two kite-like Joe Overstreet paintings are tethered to the wall. I breathed out slowly in admiration when I first saw them. There’s a swirling nap to the texture in Free Direction (1971), and it zips and glows with painted, electric blue seams. The paintings are held taut by rope strung through grommets; I love how the hardware slides elegantly into the roof’s curving rafters. Here, pride of place is given to Overstreet.

This gesture reminds us that the work of black, brown and indigenous artists can be sublime, but we do not see that reflected nearly enough in museum collections. I’m looking for more genuine moments of surprise and reaffirmation at the Menil, and really all private or mid-sized museums that need to figure out how to honor and rethink their traditions—and fold more Bowling, Hewitt, Gechtoff, and Overstreet moments into their narratives. It is the job of museums to support, exhibit and contextualize these “unknown” or long-excluded artists, until they become our Rothkos and Newmans.

Alex Jen is a writer based in Chicago.