Part 2: Climate and the Economy

In the first part of this essay (Field Notes, November 2017), I argued that in the United States changes in greenhouse emissions, particularly of CO2, have been strongly linked to changes in the economy.

The Future of the Past

On November 7th, 2017, the 100th anniversary of the Russian Revolution was celebrated. Wrongly.

The Critique of Value at Belshazzar’s Feast:
A Review of Anselm Jappe’s The Writing on the Wall

In the years since the 2008 economic crisis, renewed interest in Marx and Marxism has begotten interest in heterogeneous varieties that in one way or another violate the framework of the “traditional,” “official,” or “orthodox” Marxism that underpinned the workers' movement in Europe and state socialism in the countries of the Eastern bloc. 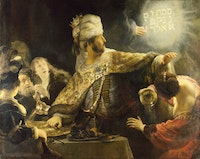 On a cold dark morning in the winter of 1967, I stood outside the induction center on Whitehall Street in lower Manhattan handing out draft facts cards to the arriving inductees. 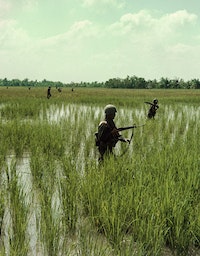 When Hurricane Harvey hit land, and Natalie Baker hopped on a boat to strike out into the storm, she was venturing into both physical calamity and her academic dreamland.