"It's too easy to blame Kevin Carter for being the vulture, where in fact we are the vultures, the vulture is us," says Jaar.

While preparing for his forthcoming one-person exhibition at Larissa Goldston Gallery, on view from April 2nd to May 9th, the painter Matvey Levenstein stopped by the Rail’s Headquarters to talk to Publisher Phong Bui about his life and work. 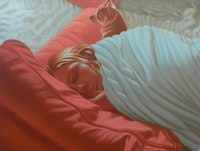 "I believe in individual taste, but taste-making is a kind of fiction. It's just a way to organize things that as time passes are going to fall apart again," says Smith. 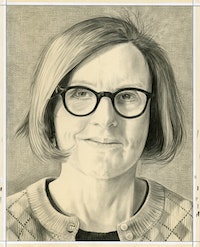 Since the Tate split into Modern and Britain, most of the glory as well as the tourists have flooded into the former power station on the South Bank, very much leaving Tate Britain as a quieter gem of a venue. Still, its Tate Triennial is one of the few events directed toward the current state of art here.

Brooklyn Dispatches:Williamsburg, Ready for Your Close-Up? The Premier of Brooklyn DIY

"There are three things you don’t want to see being made: sausage, legislation, and art history.” Mark Kramer lobbed this bon mot at me during a recent update on the estate of Lee Lozano and some truly bizarre revelations in her Last Will and Testament (which are beyond the scope of this article). 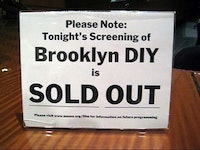 Detritus and Drawings: The Art of Dineo Seshee Bopape

In her solo exhibition at the Thami Mnyele Foundation in Amsterdam last year, South African artist Dineo Seshee Bopape shoved a gray bicycle into a cracked doorway; hanging from the back of the bicycle frame was a bouquet of roses and baby’s breath, as well as a broken red umbrella.

Where’s the Matter?: On the Sculpture of Kenneth Snelson

Having written a text on Kenneth Snelson’s digital stone sculpture based on his theories of the atom, which he showed this past summer in Beijing, I was curious to view some of the recent steel and cable work for which he is best known.

On Monday, February 23, 2009, Virgil Grotfeldt died after a long battle with cancer at the M.D. Anderson Cancer Center in Houston, Texas. He was sixty years old. 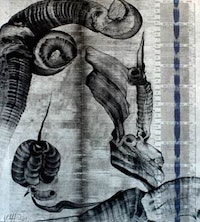