Prominent cello recitals and releases late last year and in early 2008 include installations, concerto commissions by virtuoso Matt Haimovitz, and the first recording of solo cello works by Phllip Glass. Already this month, Fred Sherry has played John Zorn’s music in the Guggenheim auditorium, while at the Austrian Cultural Forum on January 7 and 8, Susan Salm of the Raphael Trio matched Brahms’s cello sonatas with two pieces written for her by Wolfgang Florey. At the Joyce Theater in late January, Armitage Gone! danced to Morton Feldman’s Patterns in a Chromatic Field (a piece recorded by Charles Curtis, whose vast La Monte Young solo was featured in the February 2006 Rail). This cello-and-dance pairing recalls former Kronos Quartet cellist Joan Jeanrenaud’s Joyce performances in 2002 with Butoh mavens Eiko and Koma, and Wendy Sutter playing Bach suites in the mid-1990s as Mikhail Baryshnikov danced at Lincoln Center. (In her interview for this piece, Sutter acknowledged Jeanrenaud as “the queen of all us cellists.”) 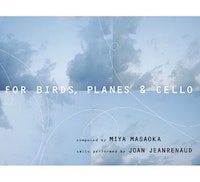 On the European leg of the tour for their new record, “Capo My Heart” and Other Bear Songs, Lucinda Black Bear added a cover of Hank Williams’ “Can’t Get You Off of My Mind” to their set of originals.

Dee had given up on music and had taken a different route in her hometown of Cleveland, Ohio. Her involvement in music began as a child when she took classical piano lessons. Later she found work as a music director for churches, released two full-length albums, and performed in a wide variety of circumstances. “I wanted to stop being an artist and I just sort of wanted to live like a regular person might live if they weren’t constantly filtering their life through this thing they call art, you know,” she explained over coffee at Rapture Cafe & Books, formerly the Karova Milk Bar, on Avenue A. “So I had my own tree business and did tree work for about four years.”

The main problem with authorized biographies is that, well, they’re authorized. This means certain vital facts may be left out due to jealousies, estate disputes, etc. Such is the case with the long-awaited Moondog by Robert Scotto. 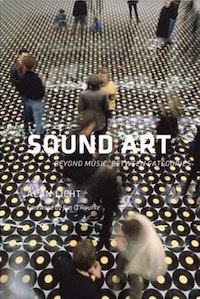 Brought to You by the Letter G

The Apes have crafted a well-done art-rock album that is similar to but more accessible than the Liars, with a slight nod toward Modest Mouse. It is expansive and experimental, incorporating sixties psychedelia into guitar-heavy modern rock, and topping it off with soaring falsetto vocals and a healthy dollop of organ. Picture an Alice in Wonderland dream sequence. This D.C.–based group has a new lead singer, and while I've never heard the previous one, I can’t imagine their sound with anyone else.