Am I attracted to Gillian Carnegie’s paintings, which were on view last month at Andrea Rosen Gallery in Chelsea, because I like paintings of trees?

What does a man taking a different drug every day for a week while drifting through Copenhagen in 1996 have to do with 500 men using shovels to move a mountain of sand just four inches outside Lima in 2002?

Mark Grotjahn’s recent exhibition of oil paintings qualifies as a half-waking Modernist dream. Unlike his exhibition earlier in the year at the Whitney Museum, where kaleidoscopic, electric colors crashed into dense perspectival distortions, these paintings are given a deeper, darker timbre. 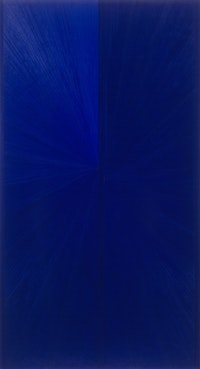 Tradition, community, and their preservation are sticky subjects for artists in the 21st century. The communication, trade, and information networks that encourage interaction among once isolated cultures have engendered a pervasive sense of ambivalence. 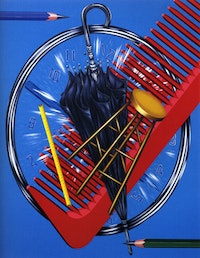 David Hammons, a New York artist of considerable influence, has not had an exhibition of new work since 2002. His three-decade career has sustained a radical conceptual practice, proliferated through street performance, public installation, sculpture and beyond. 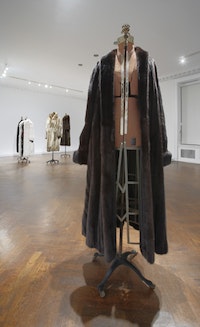 Joseph Beuys (1921-1986) was perhaps the most important artist to emerge from Germany after World War II, and as a teacher and theoretician he was the most influential of the postwar generation. Recently, a selection of artworks from 1953 to 1984—six sculptures and 15 drawings—was assembled at the uptown Zwirner & Wirth Gallery. 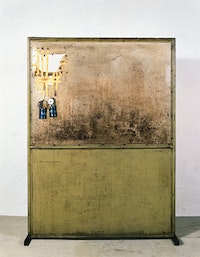 In a talk given at the Royal Danish Academy of Arts, Frank Stella, clearly tilting at the contemporary art market, drew a distinction between “exalted” and “ordinary” art. Abstraction, he said, is exalted, while Pop Art is ordinary. 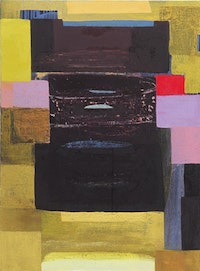 The sense of space in Mayumi Terada’s photographs appears more romantic than literal. It is also, paradoxically, more private and distanced than other photographers with whom she is often compared, such as Thomas Demand and James Casebere. In contrast to Terada’s romanticism, Demand and Casebere work, respectively, with politically charged events and evocative social allegories. 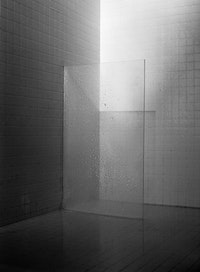 Asked to create a work for the Institute for Architecture and Urban Planning, Gordon Matta-Clark arrived with a BB gun and shot out their windows, intending to cover the broken glass with black-and-white photos of rundown houses in the Bronx. 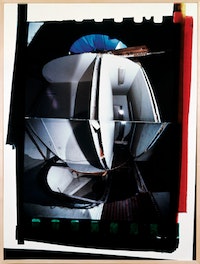 Railing Opinion: A response to Irving Sandler’s A Call to the Art Critics

I am not a critic. I am an artist. And I am pleased to see that critics are whining too. Curators should also be whining, or will be whining soon, and dealers too. They all will start to bawl. The art world is going through a period of adjustment and the models that we are comfortable with are no longer applicable.

In 1957, Wallace Berman (1926-1976) had his one and only show at the Ferus Gallery in Los Angeles. Two weeks after it opened, the L.A.P.D. Vice Squad closed the show because a copy of Semina, which was included in a sculpture, was considered “lewd.” 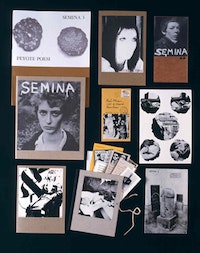 It’s over, it’s peaked, it’s sooo yesterday. Never fear, the “art fair mania” bubble has burst. We’ve reached “Post-Art Fairism.” While standing in a line stretching for blocks to get into The Armory Show, an elegantly dressed European gentleman was asked if he’d seen anything that stood out during this trip. 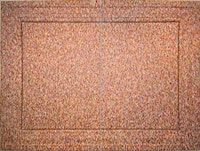 I’ve waited thirty-five years to see this exhibition of paintings and painting-collages by Rosalyn Drexler, which she made between 1962 and 1967.

Am I getting old? Have the dirty words of my college years—like “cultural appropriation”—become so outdated that a white artist can cover his paintings with totem pole faces, announce that he is borrowing their power, and be celebrated for it? 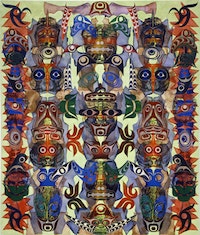 Jamie McMurry, whose performances have been praised for their evocations of the latent violence beneath that vast swath of American youth culture mired between the disenfranchised rural and hyper-self-conscious urban, otherwise known as suburbia, brought his 15-minute work titled Archive last month to the Cardiff School of Art and Design’s Trace: Installaction Art Space as part of its performance series The Cat Show.

Thomas Hirschhorn’s shows tend to create a stir. His Musée Précaire (precious museum) in Paris housed masterpieces from the Pompidou Centre in a cardboard building out in the working class suburbs, 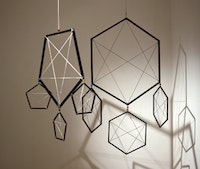 Photos by Justine Kurland at Mitchell-Innes & Nash depict, from the middle distance, naked women cradling their toddlers or leading them through semi-wilderness. 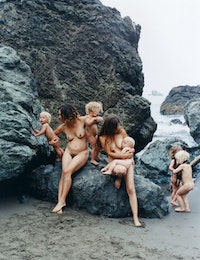 It seems ironically fitting that Pierogi’s current exhibitions happen to coincide with the announcement from the Intergovernmental Panel on Climate Change that human activity is, beyond a shadow of a doubt, slowly roasting the planet. 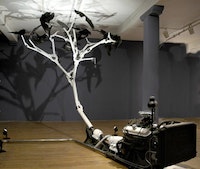 Merrill Wagner’s art has always connected to nature: in her plein air paintings the connection is direct, while in her better-known steel, rock and wood constructions, it’s more oblique. 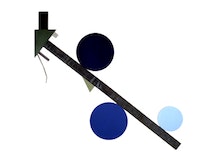 “I embody everything you most hate and fear.” This provocation floats in a comic strip-style dialogue balloon in Adrian Piper’s oil crayon drawing, “I Embody Everything” (1975), but it could have been scrawled under every work in Role Play: Feminist Art Revisited 1960-1980, a subtle, timely, and moving exhibition at Galerie Lelong. 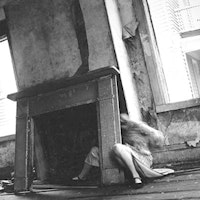 Now that the Internet is ubiquitous and many of us prefer email, instant messaging and online chat rooms to live conversation, it was only a matter of time before our cultural pursuits followed us online as well. Now, a “virtual world” known as Second Life (www.secondlife.com), is offering a venue for the art world to expand its terrestrial (aka offline) presence into an online terra incognita. 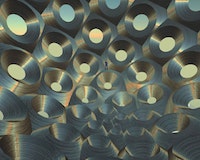 Lee Bontecou has long achieved what most artists aspire to: she has created a world that is entirely her own. Brilliantly dark with an inherent sense of foreboding, it opens itself to us without losing its unpredictability and hence, we stay on our toes. 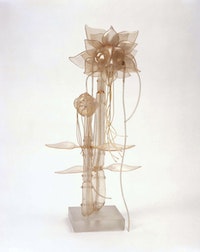