Baghdad Reunion: Tale of a Kidnapping

The night sky hangs low over London, Baghdad feels far away. Akeel steps from the black cab dressed in a suit, dark shirt and silk tie. He opens his long arms as if to say: can you believe this? 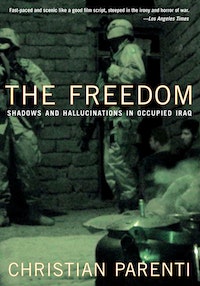 How to Get to Gitmo

At a White House press conference this past June, a journalist asked President Bush what was to become of the nearly 500 prisoners still detained at the Al Qaeda detention facility at Guantanamo Bay. “I urge members of our press corps to go down to Guantanamo and see how [the prisoners] are treated…and to look at the facts,” the president responded. “That’s all I ask people to do…If you’ve got questions about Guantanamo, I seriously suggest you go down there and take a look.”

Extreme feelings of isolation, desperation, and depression can serve both as catalysts for positive and negative transformation. The recently incarcerated may have a spiritual awakening behind bars, but can just as easily give up on life entirely. Alienated teenagers could find fuel for artistic expression, but might also start running with gangs. Alcoholics, if lucky, stumble upon the twelve steps and a community of solidarity; if not, more alcohol. 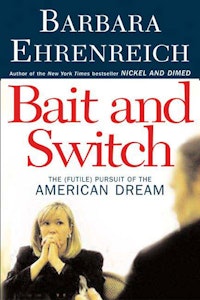 But What If the Truth Ain't Funny?

Sometime last July, when the cracks were beginning to show around Karl Rove’s role in the Valerie Plame case, I wanted an orientation and update from TV news. My first instinct, though, wasn’t to turn to CNN or NewsHour with Jim Lehrer; instead, I had a strong hunch that the issue would be covered on Comedy Central’s The Daily Show with Jon Stewart. And sure enough, it was. By the end of the show I’d gotten not only the video clips I’d wanted to see but enough information and editorial commentary to be on my way. Sure, some articles in the newspaper or on the internet would have provided more detailed information, but in the realm of TV, a satirical news show had more than quenched my thirst for coverage. 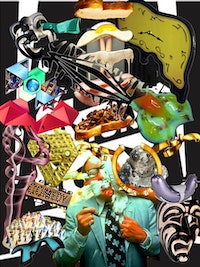 In late May, a group of Chicago artists hijacked an advertising campaign sponsored by the Chicago Housing Authority (CHA) to promote its Plan for Transformation, the nation’s largest program to redevelop (read: destroy) public housing. Using extra-legal means, the artists converted the housing authority’s “CHAnge” poster and advertising campaign to “CHAos.” The artists see their version of the PR as a more honest perspective.

By Thomas Micchelli and Margaret Micchelli

We pulled into the parking lot at 5:50 a.m. and knew we were in the right place by the improbable clutch of people huddled together in the predawn darkness. Both sexes in almost equal numbers, with their Whole Foods bags and backpacks, but most were decidedly not young.