Symbols and the City

Odd things happen in the “new” New York City, especially when the politics of the Big Apple’s image is at hand. On August 26th, Democratic presidential candidate Howard Dean held a rally in Bryant Park. 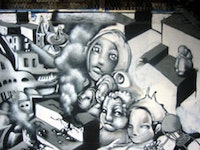 Wendy Cole arrived on the fifth floor of 32 West 18th Street wearing a grimace and holding the hand of her three-year-old, a boy with closely cut bronze curls who plodded next to his mother with heavy feet. Cole didn’t even glance around the waiting room as she stepped off of the elevator—instead, she went directly to the receptionist’s desk to retrieve her paperwork. She was running late, and had spent nearly twenty minutes walking up and down West 18th Street trying to find the midwifery center of St. Vincent’s Hospital.

I gave it a few days. I didn’t want to sound dumb. But there may be no undumb way to write about a Skittle crime spree. Yes, I was guilty. But not of winging a Skittle at a short, fat cop. Actually, the Skittle wasn’t winged out the car window, but more like dribbled by a somewhat fearful perpetrator. It wasn’t even a chewed Skittle. Specifically, it was a sour Skittle, meaning it was dusted with stuff to make you pucker—vitamin C and toxins. 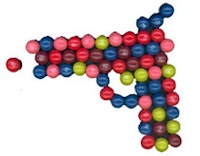